The night before I left for Jamaica, I had the sudden brain wave that at a couples resort there was probably going to be more than a few good opportunities for bride pictures. I raided my gown cupboard and found a dress I'd purchased cheaply, a so-called ōdestinationö wedding dress. I tried it on, it fit. I tossed it in my suitcase with a veil. 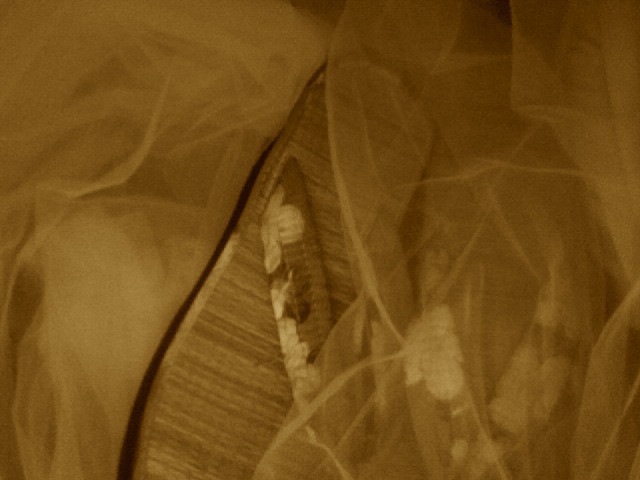 Sure enough, there were even better opportunities than I had expected for some pictures. Turns out they have photographers and offer couples complimentary photo shoots. Evil Scientist bought himself a nice linen shirt (although he wished that I'd thought of it sooner so he could have worn his whites. In fact, he thought that it would have been perfect to get one pair of his pants made into shorts for that ōstationed somewhere warm lookö. Who knew he'd get into this silly project so much?).

There were many couples at the resort getting married and we saw plenty of brides on their way to ōhappily ever afterö. I wondered what they were feeling. Did they have doubts? Had they known each other a long time or a short time? What kind of personal baggage did the relationship carry? What kind of secrets were they holding onto when they were saying their vows? Who knows, maybe they were also just having pictures done.

Statistically, two-thirds of men cheat and half of women cheat. In ten years, at least half of the people we were at the resort with won't be married to one another anymore. These are the thoughts that danced in my head as I spent a week in ōcouples paradiseö. Cynical, I know but that's the point of this wedding dress project. The industry built around brides and weddings is feeding a fairy tale that doesn't exist. All these pictures really say is that two people are having their pictures taken in a beautiful, tropical spot.

A few notes on the photos. I look about 1000 lbs heavier than I actually am (not that I'm super-thin right now). I bloat up in hot weather near sea level. I didn't get any special hair or make-up done so my hair is a bit of a mess. ES looks great, for a guy who doesn't like really hot weather he does well in the tropics. We had fun getting these pictures done and it's a great souvenir from our trip to the West Indies. When we go back to a Beaches in a few years I'll be at the size I want to be at and we'll get some more done (and ES will have his short whites on because I'll warn him in advance. Maybe we'll get Junior a little sailor suit):