I didn’t hold much hope in having a good Folk Fest year, this time around. First off, I bought my tickets fully expecting to get stuck on afternoon shifts and not being able to use them so it was an uncharacteristic stroke of scheduling luck when I ended up with two days off and two night shifts meaning that I was able to attend at least all evening main stage events. Last year, Folk Fest wasn’t so hot because I kind of had a lot of bad going on in my life and it was hard to really enjoy myself. This year, I had to drag myself down to the site every day but was happy that I did once I got there.

Nathan, from Winnipeg, had fantastic lyrics and the lead singer has one of those voices that simply cannot be mistaken for anyone else’s. I bought their entire collection from the merchandise tent and have had all four CDs playing more or less steadily in my truck the last month. A particular favourite was the song Bad Ideas. The opening states “I’m going down the highway with a suitcase full of all my bad ideas, going to test them out, see what I have been missing all these years”. I love thinking about the potential of trying out all of my bad ideas.

Hawksley Workman seems to live in a different dimension than everyone else and danes to let us glimpse into his world every once in a while. I have immense respect for anyone who creates an alternate reality to live in. The songs on his recent album are unbelievably beautiful. Just pick up a copy and listen, what more can I say.

Rufus Wainwright is not only a tremendous lyricist but superbly musical on a number of instruments. What he doesn’t play himself; he lets his band look after including such unorthodox instruments like piccolo trumpet, horn in F and recorder.

Which reminds me that every second band has at lest one trumpet player these days, a trend I’m totally down with. It makes me wonder if I shouldn’t have stuck it out (then I remember the day I bought my new trumpet at St. John’s from the guy who teaches as a sessional at Lethbridge and still has to be in retail on the side).

Sharon Jones and the Dap-Kings appeal to my love of all things retro. Her band wears black suits with white shirts and skinny black ties while they all grove in unison. I recently semi-inherited some crystal and in the boxes I found a Pin Wheel patterned ashtray. I’d like to have a party where everyone shows up in their best 1960 to 1962 garb and we all smoke (butting out in the classiest ashtray ever) and talk about those damn Commies and the space program. In the background will be playing Sharon Jones and the Dap-Kings…on vinyl! I am so jazzed that I now own a band ONLY on vinyl. It's the now, cats, that’s what it is.

It was about a zillion degrees out all weekend and humid meaning that for the first time all year I was actually comfortably warm instead of freezing to death. The best deal on the ground to quench thirst was the 24 oz. lemonade, served with a variety of flavour shots (including Saskatoon Berry) for $3.50.

Because I was working nights on Saturday and Sunday, I was unable to take in any workshops but considering what my schedule could have looked like, I can’t complain. Following are a few of the sights to be seen on the grounds. 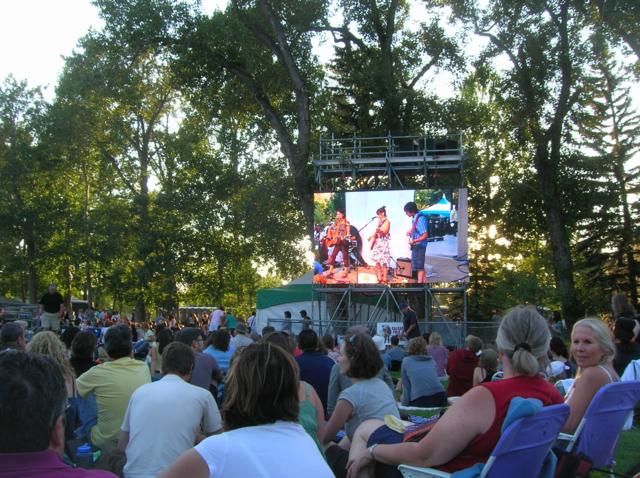 Nathan's set on the mainstage. 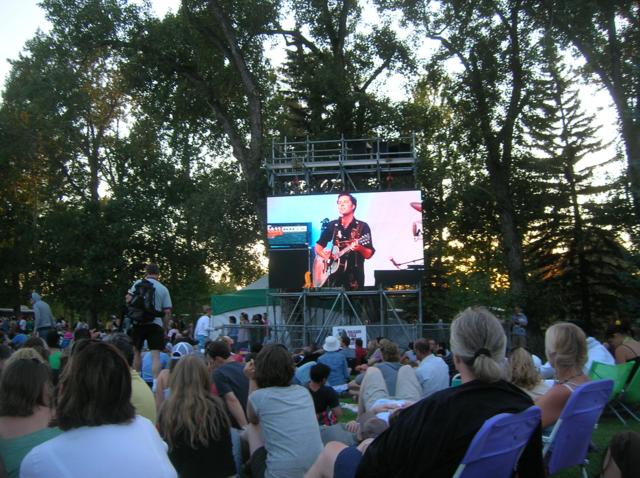 Did I mention that Rufus Wainwright was wearing Lederhosen? 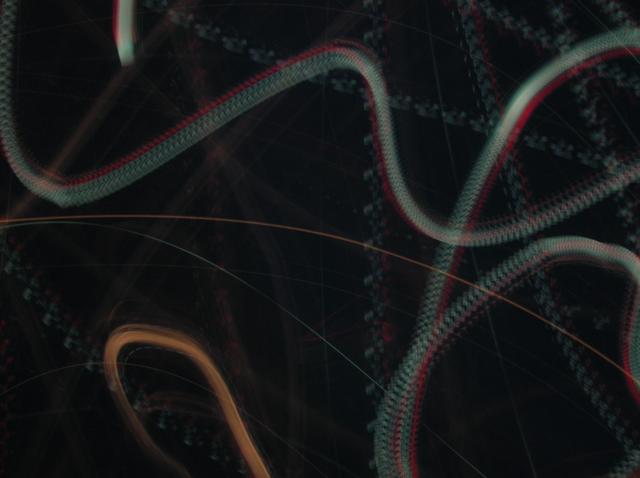 Jen discovers that if you delay the flash on your camera with the red eye function and then fling your camera about by the strap cool stuff happens. Her camera worked better for this than mine but I managed to get a couple of good shots. 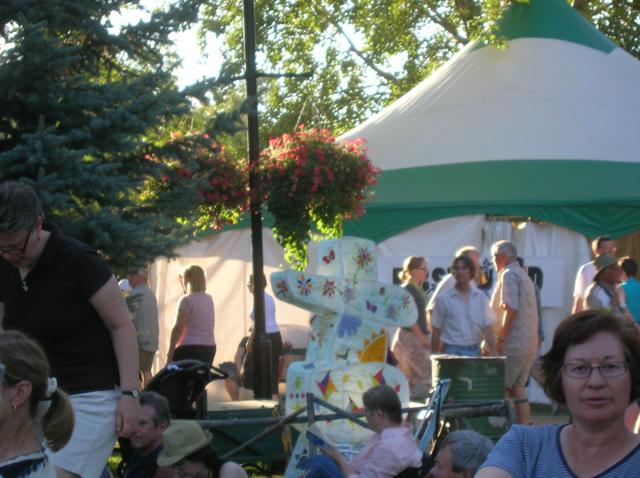 It's taken me three yeard to get a decent photo of this Inokshuk. Now, if I could only learn to spell it or at all really). 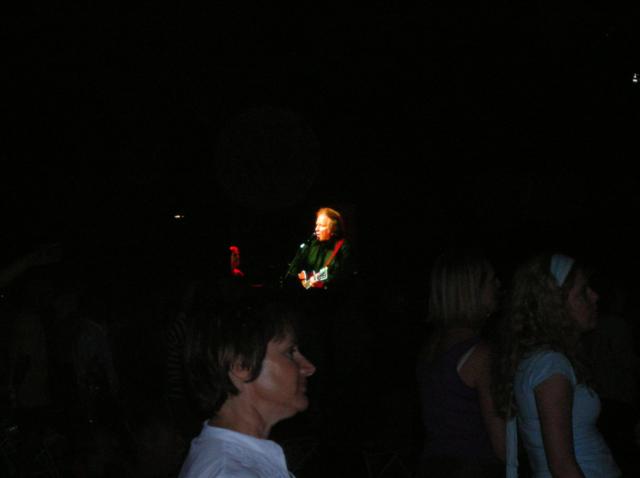 Don McLean sings what he referred to as “that Madonna hit” while Boomers all over the ground cuddled and danced.